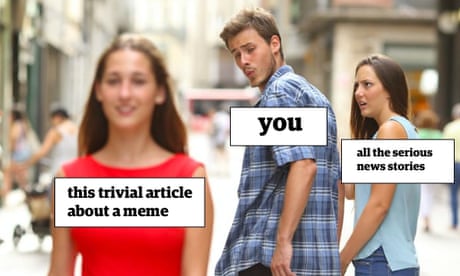 Discrimination deemed legal, product pricing based on data collected about an individual is slowly coming to the public’s attention, although the practice came into being long before the Internet did. It appears that corporations are regularly using what they know about their customers – their income and personal purchasing habits – to make adjustments to the price points for items that appear on computer screens (Fertik, 2013; Shpanya, 2013; Valentino-DeVries, Singer-Vine, & Soltani, 2012). In effect, what you are charged for an item may not be what your friend sitting next to you is being asked to pay while shopping at the same online store for the same product. According to an unidentified programmer most of these alterations are based on your location, browsing history and your preferred operating system (Shpanya, 2013). Computer cookies pick up this information and transmit them to the store fronts (Potter, 2013). So what’s new? Do you use Facebook? If so, your preferences are about to be sold globally to enhance your mobile advertising experience using the Facebook Audience Network (FAN) (Beer, 2014).
END_OF_DOCUMENT_TOKEN_TO_BE_REPLACED

Recapping the previous four posts on this topic, Mark Zuckerberg’s new non-profit consortium of information and communication technology (ICT) corporations would like to connect the remaining 5 billion inhabitants of the planet to the Internet who are not now connected (Internet.org, 2013). This post examines the implications of what the  studies conducted on a reduced scale involving the distribution of laptops in Ethiopia found.

What has been established is that when Western ICT is available on a daily, long term basis to an individual who lives in a third-world, collectivistic environment, the ICT does cause change in individual self-construal, fosters the growth of individualistic, modern and agentic values, and increases levels of abstract reasoning among children. Although, these changes are individually significant, it does not immediately alter the individual’s culture and they are, from what appears to date, subsumed into the culture’s uniqueness (Hansen & Postmes, 2013; Hansen & Postmes, 2013; Hansen, Postmes, van der Vinne, & van Thiel, 2012; Kocsev, Hansen, Hollow, & Pischetola, 2009).
END_OF_DOCUMENT_TOKEN_TO_BE_REPLACED

Recapping the previous posts on this topic, Mark Zuckerberg’s new non-profit consortium of information and communication technology (ICT) corporations would like to connect the remaining 5 billion inhabitants of the planet to the Internet who are not now connected (Internet.org, 2013). Many of the five billion people in question will most likely come from collectivistic non-western cultures. This post examines the results of studies conducted on a reduced scale involving the distribution of laptops in Ethiopia during which the researchers claim to have found the “first systematic evidence that usage of Western ICT can instigate cultural change in a traditional developing country” (Hansen N. , Postmes, van der Vinne, & van Thiel, 2012, p. 230).
END_OF_DOCUMENT_TOKEN_TO_BE_REPLACED

Recapping the earlier posts on this topic, Mark Zuckerberg’s new non-profit consortium of information and communication technology (ICT) corporations would like to connect the remaining 5 billion inhabitants of the planet to the Internet who are not now connected (Internet.org, 2013). Many of the five billion people in question will most likely come from collectivistic non-western cultures. What effects can we expect?

As connecting the world’s populations has never been attempted before, literature focusing on the potential effects is non-existent. As a result, a reduced scale of the effort can be examined in regard to the insertion of Western ICT into countries that have not been previously exposed to it en masse or subject to its effects.

END_OF_DOCUMENT_TOKEN_TO_BE_REPLACED

Here’s an interesting snippet discussing Marshall McLuhan’s theories and how media may lead to the end of nationalism due to a change in the linearity of human relationships and experience. It’s part of a larger post authored by Mark Bou Mansour at Catch21. Food for thought.

Do new media technologies just carry on the developments of print media? Or are new currents underway today? Marshal McLuhan argues the latter. McLuhan was a Canadian philosopher, media guru and intellectual celebrity ….  McLuhan is known for coining the phrase “the medium is the message”, popularizing the notion of “the global village”, and for pretty much revolutionizing the way we look at media’s role in shaping human societies. McLuhan, who is credited with quotes such as “diaper spelled backwards is repaid. Think about it” and “I don’t necessarily agree with everything I say”, is also credited with predicting the internet thirty years before its commercialization.

In his game-changing book The Gutenberg Galaxy: The Making of Typographic Man, which we don’t have space be give justice here, McLuhan studies the way technology for documenting and communicating has influenced human cognition and…

Recapping the previous post on this topic, Mark Zuckerberg’s new non-profit consortium of information and communication technology (ICT) corporations would like to connect the remaining 5 billion inhabitants of the planet to the Internet who are not now connected (Internet.org, 2013). Many of the five billion people in question will most likely come from collectivistic non-western cultures. From here we’ll look at the following questions:

END_OF_DOCUMENT_TOKEN_TO_BE_REPLACED

There’s been a drive in the first part of this century to bring information communications technology (ICT) to parts of the world that have not previously enjoyed it. In 2007, and in the years since, One Laptop per Child (OLPC), funded at various times by companies such as AMD, Google, Intel, and News Corporation, has provided computers for children in various countries to enhance their educational experience (One Laptop per Child, n.d.; Martins, 2007).

In June, Google announced it would bring wireless connectivity to Africa by blimp. This left some Africans criticizing the move as addressing the wrong problem—it’s the cost of equipment that prevents access, not the ability to connect (Stibbe, 2013; Talbot, 2013).

In August, Mark Zuckerberg, the chief executive officer of Facebook, published a white paper entitled Is Connectivity a Human Right and shortly afterwards established a nonprofit organization called Interent.org. This consortium is made up of major corporations that include Nokia, Samsung, and Ericsson (handset makers), Opera (a browser manufacturer), and both Qualcomm and MediaTek which are both infrastructure manufacturers (Levy, 2013; Zuckerberg, 2013). END_OF_DOCUMENT_TOKEN_TO_BE_REPLACED

Lynn Schofield Clark’s comment below exemplifies George Gerber’s cultivation theory that states the more time we spend watching televised news and entertainment, the more likely it is that we will perceive the views and claims presented as being reality. Cognitively, our brains slip into Alpha wave dominated patterns when watching TV which are the same wave patterns exhibited when we are close to sleep or hypnotized (a state when one is highly open to suggestion). END_OF_DOCUMENT_TOKEN_TO_BE_REPLACED

As an addendum to my last post, Scot Terban, author of the blog Krypt3ia which often discusses the intersection of information security and media psychology, recently wrote about the topic of digital immigrants and digital natives. But Scot goes a bit further to remark about digital natives, their online actvities and what he has termed the Lord of the Flies effect. END_OF_DOCUMENT_TOKEN_TO_BE_REPLACED