2. Create the illusion of political freedom.

5. A big lie is more convincing than a small lie.

6. Give the masses “bread and circuses” to keep them well-fed and distracted.

7. Simplify complex issues by portraying them as dichotomies. Eliminate nuance.

8. Spread propaganda by all means possible.

10. Faith in the correctness of a religion or ideology is more powerful than force.

11. Manipulate history records to support your religion or ideology.

12. Control different sides of the same debate and you control the outcome.

13. The masses are less swayed by reason than by stirring their emotions.

14. Drive the opposition in a corner. When they fight back, act like a victim.

15. Label all non-conformistic behavior as pathological and promote “cures” for them.

16. Use rituals and mass events to keep people occupied and strengthen their faith. 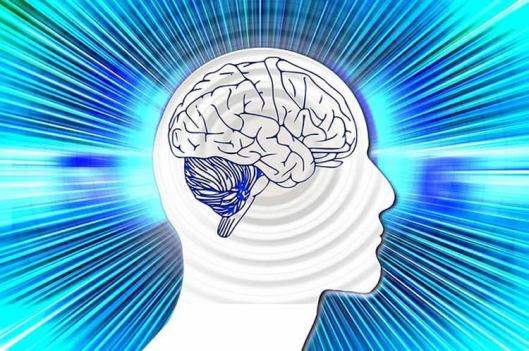 Researchers have developed a new theory that outlines how the brain separates relevant from irrelevant information.

Source: How the Brain Separates Relevant and Irrelevant Information

Imagine yourself sitting in a noisy café trying to read. To focus on the book at hand, you need to ignore the surrounding chatter and clattering of cups, with your brain filtering out the irrelevant stimuli coming through your ears and “gating” in the relevant ones in your vision—words on a page.

In a new paper in the journal Nature Communications, New York University researchers offer a new theory, based on a computational model, on how the brain separates relevant from irrelevant information in these and other circumstances.

“It is critical to our everyday life that our brain processes the most important information out of everything presented to us,” explains Xiao-Jing Wang, Global Professor of Neural Science at NYU and NYU Shanghai and the paper’s senior author. “Within an extremely complicated neural circuit in the brain, there must be a gating mechanism to route relevant information to the right place at the right time.”

“Our model uses a fundamental element of the brain circuit, involving multiple types of inhibitory neurons, to achieve this goal,” Wang adds. “Our computational model shows that inhibitory neurons can enable a neural circuit to gate in specific pathways of information while filtering out the rest.”

In their analysis, led by Guangyu Robert Yang, a doctoral candidate in Wang’s lab, the researchers devised a model that maps out a more complicated role for inhibitory neurons than had previously been suggested.

Of particular interest to the team was a specific subtype of inhibitory neurons that targets the excitatory neurons’ dendrites—components of a neuron where inputs from other neurons are located. These dendrite-targeting inhibitory neurons are labeled by a biological marker called somatostatin and can be studied selectively by experimentalists. The researchers proposed that they not only control the overall inputs to a neuron, but also the inputs from individual pathways—for example, the visual or auditory pathways converging onto a neuron.

This was thought to be difficult because the connections from inhibitory neurons to excitatory neurons appeared dense and unstructured,” observes Yang. “Thus a surprising finding from our study is that the precision required for pathway-specific gating can be realized by inhibitory neurons.”

The study’s authors used computational models to show that even with the seemingly random connections, these dendrite-targeting neurons can gate individual pathways by aligning with excitatory inputs through different pathways. They showed that this alignment can be realized through synaptic plasticity—a brain mechanism for learning through experience.

ABOUT THIS NEUROSCIENCE RESEARCH ARTICLE

The study’s other co-author was John David Murray, a postdoctoral researcher at the time of the work and now an assistant professor at Yale University.