2. Create the illusion of political freedom.

5. A big lie is more convincing than a small lie.

6. Give the masses “bread and circuses” to keep them well-fed and distracted.

7. Simplify complex issues by portraying them as dichotomies. Eliminate nuance.

8. Spread propaganda by all means possible.

10. Faith in the correctness of a religion or ideology is more powerful than force.

11. Manipulate history records to support your religion or ideology.

12. Control different sides of the same debate and you control the outcome.

13. The masses are less swayed by reason than by stirring their emotions.

14. Drive the opposition in a corner. When they fight back, act like a victim.

15. Label all non-conformistic behavior as pathological and promote “cures” for them.

16. Use rituals and mass events to keep people occupied and strengthen their faith.

Here’s an interesting snippet discussing Marshall McLuhan’s theories and how media may lead to the end of nationalism due to a change in the linearity of human relationships and experience. It’s part of a larger post authored by Mark Bou Mansour at Catch21. Food for thought. 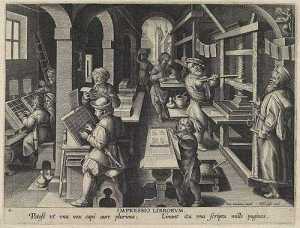 Do new media technologies just carry on the developments of print media? Or are new currents underway today? Marshal McLuhan argues the latter. McLuhan was a Canadian philosopher, media guru and intellectual celebrity ….  McLuhan is known for coining the phrase “the medium is the message”, popularizing the notion of “the global village”, and for pretty much revolutionizing the way we look at media’s role in shaping human societies. McLuhan, who is credited with quotes such as “diaper spelled backwards is repaid. Think about it” and “I don’t necessarily agree with everything I say”, is also credited with predicting the internet thirty years before its commercialization.

In his game-changing book The Gutenberg Galaxy: The Making of Typographic Man, which we don’t have space be give justice here, McLuhan studies the way technology for documenting and communicating has influenced human cognition and…

WHY was Obama’s campaign SO effective? I recently ran across two quotes that answer that question and have much broader implications for the future of digital media. The first was from Pamela Rutledge, in her article ‘How Obama Won the Social Media Battle in the 2012 Presidential campaign’. She summed it up this way, “An effective social media campaign is based on the psychology of social behaviors NOT the current technology” (Rutledge, p. 2013). Mybo.com was able to take advantage of new technologies surrounding online social networks in order to enable Obama supporters to connect and build social relationships. The second quote was from the Handbook of mobile communication studies, chapter 17 by Howard Rheingold. He eloquently puts it this way:

Communication technologies and literacies possess a power that has, on many occasions, proven mightier than physical weaponry — the potential to amplify, leverage, transform, and shift political power by enabling people to persuade and inform the thoughts and beliefs of others.

Obama recruited a variety of tools that allowed his supporters to easily find and inform undecided voters. END_OF_DOCUMENT_TOKEN_TO_BE_REPLACED