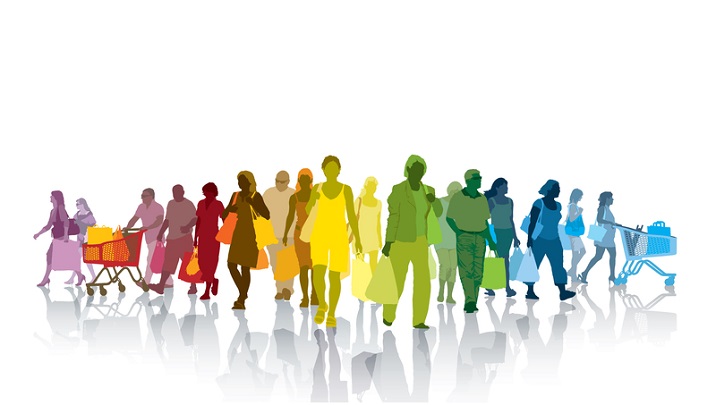 Research using personality as a factor of market segmentation and a predictor of aspects of consumer behavior may be traced back as far as five decades (Endler & Rosenstein, 1977; Gotlieb, 1958; Koponen, 1960; Westfall, 1962).  However, despite early interest, mixed results yielded waxes and wanes in the topic as a focus of research (Baumgartner, 2002; Bosnjak, Bratko, Galesic & Tuten, 2007).  Nonetheless, the intuitive appeal of assuming a fundamental link between the construct of personality and facets of consumer behavior is evidenced by the more than 300 studies reviewed by Kassarjian and Sheffet (1991).

Those on both sides of the marketing equation – advertisers and consumers – each fundamentally and intuitively operate under the assumption that advertising exerts influence.  It is why advertisers continue to spend billions on sending the message, and why consumers at least claim to either embrace or reject the messages with which they are constantly assaulted.  The underlying assumption is that there is, in some measure, an ability to affect behavior.  The intricacies of how this is accomplished, however, remain somewhat of an enigma, as is exemplified by the famous quote, “Half the money I spend on advertising is wasted; the trouble is I don’t know which half,” by the iconic US merchandiser and department store mogul, John Wanamaker (thequotationspage.com).

This uncertainty has also been reflected in the research that has attempted to deduce the relationship between personality characteristics and advertising effectiveness.  The measurement of advertising recognition has often been used as a factor when examining the effects of advertising (Solomon, 2010).  Furthermore, previous studies incorporating the Myers-Briggs Type Indicator (MBTI) in examination of advertising concepts have produced some significant results (Johnson, 1981; Moore 1985).  However, when taken as a whole, the findings over decades of sporadic research have been primarily inconclusive.  Despite various attempts since his meta-analyses, Kassarijian’s (Kassarjian,1971; Kassarjian & Sheffet, 1991) conclusions still ring true, “A few studies indicate a strong relationship between personality and aspects of consumer behavior, a few indicate no relationship, and the great majority indicate that if correlations do exist they are so weak as to be questionable or perhaps meaningless” (1971, p. 415).

Endler, N. S., & Rosenstein, A. J. (1997). Evolution of the personality construct in marketing and its applicability to contemporary personality research. Journal of Consumer Psychology, 6, 65.

Koponen, A. (1960). Personality characteristics of purchasers. Journal of Advertising Research,1, 6-12.

Moore, D. L. (1985). The effects of cognitive style and advertising type on response to advertising under conditions of low and high involvement: An experimental investigation. Ph.D. dissertation, University of Massachusetts.

Forty-six percent of small businesses do not have a website. Rebrand Cities is a civic design and brand project in the US that helps to close this digital divide and aims to get small and neighborhood businesses online. Learn how to participate — as a business owner, partner, or sponsor.

“And she never reflected upon ‘the five questions to ask when discovering your personal brand.’ Her personal brand was the purple and silver blouse she bought herself after my grandfather died but she didn’t think of it that way because grandmothers don’t have personal brands.”

via Questions My Grandmother Never Had To Grapple With — Discover

Mario Livio on his new book about human curiosity, his work as an astrophysicist, and why we shouldn’t fear our expanding universe.

via Why Are Humans So Curious? — Longreads

Originally posted on Be Inspired..!!: When born into this world, we get plunged into a river of information, where each one of us is forced to play a role in this drama/game that seems to have been written by a crazy idiot. The pure, empty and virgin mind of the child has no alternative but…

via Daily Dose of Inspiration – Mind Conditioning — Be Inspired..!!