Online viewers mirror the emotions of vlogs posted by YouTubers, a study finds. 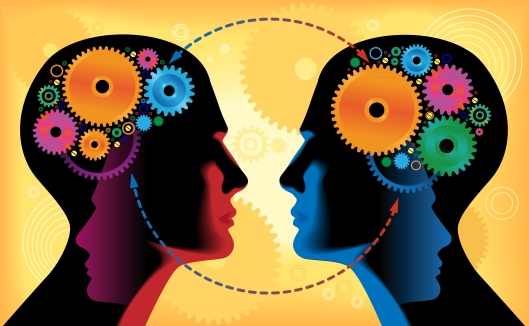 Do you subscribe to any YouTube channels? Do you feel especially simpatico with a particular YouTuber? Does the emotional content of a YouTube video blog (vlog) mirror the word-emotion associations used by viewers when writing comments about the video blogger (vlogger) or vlog?

These are the kinds of questions that researchers from Tilburg University in the Netherlands were interested in when they began investigating what happens when “birds of a feather flock together” on YouTube.

Their report, “Multilevel Emotion Transfer on YouTube: Disentangling the Effects of Emotional Contagion and Homophily on Video Audience,” was published online today in the journal Social Psychological and PersonalityScience. According to the researchers, this is the first study to use a video-focused social media source such as YouTube to explore emotional contagion and homophily. The term “homophily” (McPherson et al., 2001) refers to the tendency we have to bond with people like ourselves.

For their recent investigation into emotional contagions and homophily on YouTube, a trio of researchers from Tilburg University led by Hannes Rosenbusch examined 2,083 YouTube vlogs that were selected from a pool of 110 vloggers (a.k.a. “YouTubers”) who had at least 10,000 subscribers.

Rosenbusch et al. used a word-emotion association lexicon to measure the range of emotions expressed in user comments on each particular vlog. The NRC Emotion Lexicon is a comprehensive list of English words and their associations with eight emotions—anger, fear, anticipation, trust, surprise, sadness, joy, and disgust—and, more broadly, with negative emotions and positive emotions.

“We find that video- and channel-level emotions independently influence audience emotions, providing evidence for both contagion and homophily effects. Random slope models suggest that contagion strength varies between YouTube channels for some emotions. However, neither dispositional channel-level emotions nor number of subscribers significantly moderate the strength of contagion effects. The present study highlights that contagion and homophily independently shape emotions in online social networks,” the authors said.

As you can see in the diagrams above, there appears to be an immediate (contagion) effect of watching a particular vlog and also a sustained (homophily) effect that leads to YouTuber emotions and viewers’ emotions mirroring each other.

“Our research is a reminder that the people we encounter online influence our everyday emotions — being exposed to happy (or angry) people can make us more happy (or angry) ourselves,” Rosenbusch concluded in a statement.

Follow the Money: Who Were the Highest-Paid YouTubers in 2018?

After reading about the latest research (Rosenbusch et al., 2018) on how emotional contagions can spread like wildfire via YouTube, I was curious to do a deeper dive into the current “birds of a feather flocking together” zeitgeist. Money talks. So, I asked myself: Which YouTubers are creating the biggest “homophily” ripple-effect based on how much income each vlogger generated as a cult-of-personality brand in 2018?

A quick Google search led to a recent Forbes article listing the “Highest-Paid YouTube Stars of 2018.” Based on these rankings, I’ve curated a top-ten list of vlogs from these YouTubers. If you have time, take a few minutes to watch some of these vloggers as a “homophily” guinea pig.

Does watching any of the vlogs below make you feel as if you’ve been exposed to a positive or negative emotional contagion, thus corroborating the latest findings by Rosenbusch and colleagues at Tilburg University?

In Print:
The Athlete’s Way: Sweat and the Biology of Bliss
Online:
www.theathletesway.com