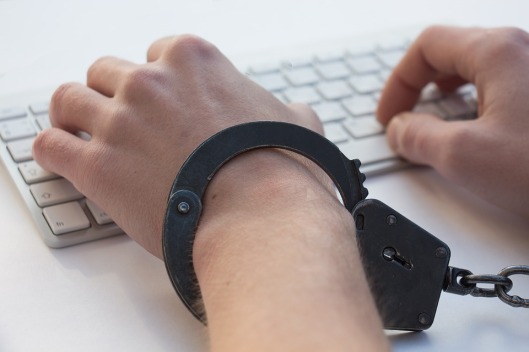 Source: Is Social Media Bad for You?

At any given moment, something like 40 percent of the world’s population—up to three billion people—are using Facebook, Twitter, Snapchat, or another social media app or website. Most people spend an average of two hours a day on these platforms: sharing photos, commenting on those of others, tweeting their opinions, or simply checking in on what the people in their networks are doing.

And yet, it’s become something of a truism that too-frequent social media use is bad for one’s health. No less of a social media darling than Alexandria Ocasio-Cortez, whose upstart political campaign was buoyed by Facebook, has come out against the network, calling it a “public health risk.” Forget about the instances of rampant harassment on Twitter; for anecdotal data on the downside of social media, ask almost any Instagram user whether he or she has ever experienced FOMO—fear of missing out—after viewing the extravagant photos posted by a random acquaintance. Can we generalize from FOMO? Can social media really be bad for your psychological health?

First off, the use of social media has been shown to correlate with loneliness, with heavy users being twice as likely to report social isolation. On the other hand, even if these users aren’t physically or emotionally separated from the important people in their lives, they may still feel that way: More time spent on the most commonly used social networks correlates to higher feelings of loneliness and isolation. Studies have also shown that higher social media use is associated with higher anxiety. It’s important to note that these studies do not prove causation: It’s possible that higher social media use is caused by loneliness and anxiety, and not the other way around.

Also, the ability to feel good about oneself—to have healthy self-esteem—may be compromised by social media use. Survey studies have suggestedthat Facebook use leaves over 60 percent of users feeling inadequate. A 2012 survey, billed as “Sweden’s largest Facebook study,” found an inverse correlation between Facebook use and self-confidence among female users, and suggested that Facebook use is associated with reduced happiness for women. In some studies, it looks as though some women often compare themselves to others on Facebook, and that they often believe that these people are more attractive. This affects their body image, chips away at their self-esteem, and contributes to weighing them down emotionally.

Generally speaking, Facebook provokes an awful lot of negative self-comparison just like this—that is, comparing oneself to others and deciding that their lives must be happier or better than yours. The problem is, even if you judge your life to be the better one, you’re still not likely to feel happy about this, because any kind of self-comparison has a negative effect on one’s moods. And if you feel some envy while you’re scrolling through your friends’ photos, you may be picking up on a real link between social media use and depressed mood. Feelings of envy may be the mediating link between Facebook use and depression: In studies that manage to control for envy by eliminating it as a factor, Facebook use doesn’t correlate with depression in the same way.

The connection between social media use and clinical depression, broadly speaking, is real. Even brief Facebook use can make people feel bad, as a recent Austrian study has shown: Just checking out your feed for 20 minutes—rather than randomly browsing the internet—instigates sad or depressing feelings. (I unscientifically tested this effect while writing this article, and sure enough, it worked.)

Some evidence suggests the more time you spend on social media, the worse you’ll feel: The persons who use social media platforms most often have been shown to be three times as likely to harbor feelings of depression and anxiety. Its users tend to report feeling worse about themselves from one minute to the next, and increased Facebook use even correlates with reports of reduced life satisfaction overall.

So consider taking a break from social media. You won’t even have to quit entirely; studies show that just avoiding Facebook for a short time can provide a significant boost to a person’s sense of well-being.

If you’ve been feeling depressed lately, be aware that limiting one’s social media use to 30 minutes a day may significantly improve mood after three weeks. Taking time away from social media is likely to make you feel less lonely and less depressed. It should cut down on feelings of FOMO and unhealthy envy, and can reinvigorate the self-affirming belief that your own life is as worthy and enjoyable as the lives of others—no matter how photogenic they are.

Brown, J. (2018, January 5).  Is social media bad for you? The evidence and the unknowns.  Retrieved from http://www.bbc.com/future/story/20180104-is-social-media-bad-for-you-the-evidence-and-the-unknowns

Mander, J. (2017, May 16).  Daily Time Spent on Social Networks Rises to Over 2 Hours.  Retrieved from https://blog.globalwebindex.com/chart-of-the-day/daily-time-spent-on-social-networks/

Walton, A. G. (2018, November 16).  New research shows just how bad social media can be for mental health.  Retrieved from https://www.forbes.com/sites/alicegwalton/2018/11/16/new-research-shows-just-how-bad-social-media-can-be-for-mental-health/#1e2d0e547af4 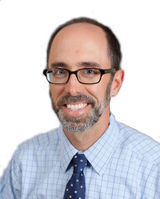 Loren Soeiro, Ph.D., ABPP, is a psychologist in private practice in New York City, specializing in helping people find success, fulfillment, and peace in their relationships and their work.