Our natural tendencies have not yet adapted to the digital environment. 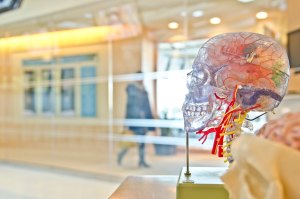 Photo by jesse orrico on Unsplash

Millions of years of evolution have shaped us to best deal with the challenges we face in nature.

Over the course of those years, the human brain has tripled in size, we have transitioned to standing and moving on two legs, and we have become the dominant species in the animal world. Yet none of this has prepared us to cope with a digital environment that constantly challenges our natural tendencies. In recent years, that environment has been changing at such a rapid pace that it is impossible for the forces of evolution to make the necessary adjustments to our natural tendencies, which have not yet adapted to the digital environment.

What Is Evolutionary Psychology?

Evolutionary psychology aims to explain human behavior in evolutionary terms. Some human characteristics evolved because they increased the likelihood of survival in the environment. Studies in the field draw inspiration from observation of animals — for example, how a giraffe’s neck allows it to reach the tall tree leaves that shorter animals cannot reach, or how the chameleon’s ability to change colors enables it to hide from predators by blending into the surrounding environment.

Charles Darwin came up with the concept of natural selection, which holds that if a particular variant of traits leads to greater adaptation to the environment, these traits will be preserved and passed on to future generations.

For example, about 10,000 years ago, no one past infancy could digest milk sugar, called lactose. Human production of the enzyme responsible for the breakdown of the milk stopped after weaning. Sometime in the past 10,000 years, certain populations began to raise livestock in Northern Europe and the Middle East. These populations also developed certain gene variants that enabled digestion of milk beyond infancy. This ability provided a significant calorific advantage, and therefore the trait spread.

Another dominant feature that has developed is an obsessive need to be in control. One of the most crucial things for our survival in the world is our ability to predict what is happening around us. Therefore, our systems respond strongly to a sense of loss of control. This feeling is accompanied by automatic physiological responses, such as rapid pulse rate and accelerated blood flow, designed to prepare our systems for coping. Whether the situation that precipitates the feeling of loss of control is an unexpected breakup, a job interview or a flooded kitchen, the physiological response remains the same.

Common to all these examples is our inability to anticipate the situation. In terms of our systems, this is the worst-case scenario, because our survival in the world depends on our ability to predict what is happening in our environment.

It turns out the digital environment also puts us in many situations that trigger this feeling of loss of control.

I recently helped a client, a global news organization, analyze the behavior of visitors to its website. The organization had tried to promote a video by having it play automatically when visitors landed on the page. After analyzing the behavior of the visitors, we found that in 90 percent of the cases, visitors clicked to stop the video immediately. It wasn’t that there was something wrong with the video — the content was designed to be interesting and relevant — there was something the organization had not taken into account: One of the primary goals of a human being’s system is to control what is happening in the environment. We are highly sensitive to the smallest deviation from our expectations. So if we expect to log on and quietly read an article, and suddenly a video begins to play, we have an uncontrollable urge to restore control in the situation — and clicking the stop button will accomplish that. Although the video poses no threat to our survival, our brains have not yet learned to make this mental transition, and the immediate response is to restore control. We recommended the organization cancel the automatic playback — and when it did, the video-viewing rate increased by 60 percent!

An automatically playing video isn’t the only situation that generates a stress response in the digital world. We have found visitors to sites where the pages are particularly long or have endless scrolling (sites where you scroll and scroll but never reach the bottom of the page) feel a loss of control as well. I have observed situations where people scroll for a while and suddenly lose track of where they are. That type of situation evokes the same fear reactions we feel when we lose our way in unfamiliar physical environments.

In the physical world, we erect road signs and milestones to help people retrace their steps. Similarly, in the digital world, sites that understand user psychology provide navigation bars that allow people to click out of a page at any time. The interesting thing is the very presence of a navigation bar leads to higher scrolling percentages, even if it is not used. What matters isn’t whether users actually have to take steps to control the situation. What matters is the presence of the navigation bar gives them the feeling of having control. In the physical world, close-door buttons in elevators and buttons on pedestrian walk signals at street corners serve a similar purpose: They make us feel in control, even though some of them don’t actually work.

What About Traits We No Longer Need?

Just as evolution works to preserve traits that give us an advantage, it also works to erase characteristics that no longer constitute an advantage in the environment.

For example, in the past (about 63 million years ago), our bodies produced an enzyme that generated vitamin C on its own. At one point, we began to consume vitamin C from citrus fruit, so we no longer needed to produce it ourselves, and now the ability to produce vitamin C is extinct.

Similarly, studies show that today, as a result of relying on GPS navigation applications, regions of our brain responsible for navigation and spatial orientation are ceasing to respond. In addition, since we have begun to store phone numbers on our mobile devices, we are using less long-term memory.

An even more disturbing phenomenon is that digitization has made interpersonal interactions less and less available to us, since our primary communication is through screens. In this way, the region in our brains responsible for interpreting signals from other people becomes less efficient. This is especially true among those who have grown up in a technological environment.

The pace of technological development, and the fact that it occupies a growing place in our lives, both lead to the fact that in a few short years our neural circuits will be rewired with completely different brain functions. It is difficult to assess how the technological changes will shape our minds, but what we can know with certainty is that, in terms of future generations, we will be the object of extensive research, much like the ancient man.