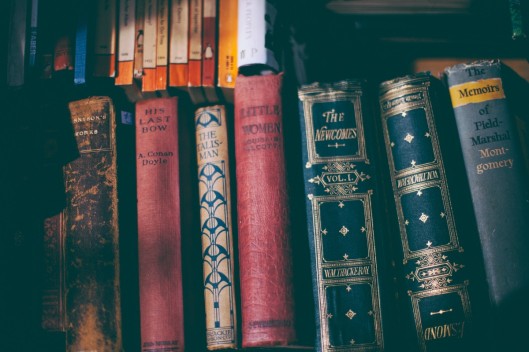 Photo by Clem Onojeghuo on Unsplash

Did you have a favorite bedtime story as a child? I loved the fairy tale Snow White. My mother, on the other hand, was not so thrilled about reading it to me every night. Not only because of the boring repetition, but also because every time she got to the part where the witch enticed Snow White to bite into the poisonous apple that caused her to fall into a deep sleep, I would start crying. Every time. Even though I knew the happily-ever-after ending that was coming. I was that engrossed in the emotion of the story. She had to stop reading and convince me that it was all ok, and that it would all work out in the end. But I was unconvinced. Happy ending on its way or not, there was pain and loss along the journey. That was what the author was trying to show and that was exactly what I was experiencing.

Isn’t that what writers aspire to — to connect readers with the feelings of their characters? Isn’t that part of the mystery and the magic that makes a good story?

I can’t remember exactly when I transitioned from having bedtime stories read to me to reading them myself under the covers with a flashlight (long after “lights out”). But I do know that reading (and writing) has remained an important part of my life.

Philip Pullman, a British writer of children’s books, science fiction and fantasy, once described the importance of reading and writing by noting, “After nourishment, shelter and companionship, stories are the thing we need most in the world.”

Friedrich Nietzsche and Wilhelm Fleiss first explored the psychological meaning of the concept of sublimation as a diversion of aggressive tendencies and impulses into socially acceptable venues. Later, Freud incorporated this into his psychoanalytic theories. He posited that creative endeavors represent examples of the ego defense mechanism of sublimation, the only defense mechanism that he considered functional and healthy for the individual psyche as well as society at large. Sublimation, he wrote, “is what makes it possible for higher psychical activities, scientific, artistic or ideological, to play such an important part in civilized life.”

The more mystical psychologist Carl Jung, who considered creativity an aspect of psychic transformation of the highest order, believed, “Sublimation is not a voluntary and forcible channeling of instinct into a spurious field of application. It is a great mystery.” Whereas Freud considered creative endeavors to be intentional and directed, Jung incorporated the mystique of the muse and sublime of the sacred, akin to what modern guru Mihaly Csikszentmihalyi calls “flow.”

From a psychological standpoint, stories and the process of storytelling have merit and purpose both for the reader and the writer. Creative activities in various media, from journaling to artwork to dance, have often been incorporated into therapeutic settings with both children and adults. Therapists will encourage clients to artistically express their emotions, especially when the traditional “talking cure” seems blocked or plateaued. The basic premise is that self-awareness and understanding will result both from the creative process as well as from the interpretation of the product.

However, as Jung intimated, there is still a bit of mystery involved in the healing power of creativity. He believed, “The neurotic is ill not because he has lost his old faith but because he has not yet found a new form for his finest aspirations.”

For readers, curling up with a good book has long been an acceptable form of escapism, a way to detach from the banalities of their real world for a time and vicariously indulge in someone else’s reality (or fantasy).

Bibliotherapy represents a focused treatment plan whereby specific text, fiction or non-fiction, is assigned reading to address a particular problem or facilitate insight. Lest you think this is a new age idea, the ancient Greeks inscribed ψγxhσ Iatpeion — House of Healing for the Soul — above the entrance to what is believed to be the world’s oldest library.

Poetry has traditionally been a medium to express the angst and sorrow of both the poet, and vicariously, the reader. It has the enigma of a higher level of emotion. And song lyrics, especially those that tell a story, seem to speak to us with an uncanny level of understanding — as Elton John crooned, “Sad songs say so much.” Somehow, connecting with the angst of others, even nameless, faceless or “made-up” others, helps us manage our own angst.

Creative expression it seems, in all its various forms, is good for the body, the mind and the soul and can serve many purposes both for the creator and those who enjoy the creation.

Perhaps the Eagles summed it up most succinctly in the line from their song Hotel California, “Some dance to remember. Some dance to forget.”