It’s more than Instagram envy. And thanks to our ever-increasing digital dependence, it’s likely to get worse.

Source: Why Personal Tech Is Depressing

We live in an era of previously unimaginable luxury. Without leaving our sofas, we can conjure almost any book or film on our phone and enjoy it with exotic cuisine delivered right to our doorstep via an app. But there is a cost to this convenience that doesn’t appear on your credit-card statement. Our indoor, sedentary and socially isolated lives leave us vulnerable to depression. The U.S., the most technologically advanced nation on the planet, is also the most depressed: Three in 10 Americans will battle depressive illness at some point in their lives, an estimated tenfold increase since World War II.

Although antidepressant use in the U.S. has risen 400% since 1990, so has the rate of depression—and not just in America. The World Health Organization says depression is the leading cause of disability around the world.

Labor-saving inventions, from the Roomba to Netflix, spare us the arduous tasks of our grandparents’ generation. But small actions like vacuuming and returning videotapes can have a positive impact on our well-being. Even modest physical activity can mitigate stress and stimulate the brain’s release of dopamine and serotonin—powerful neurotransmitters that help spark motivation and regulate emotions. Remove physical exertion, and our brain’s pleasure centers can go dormant. As AI renders the need for human activity increasingly superfluous, rates of depressive illness will likely get worse.

In theory, labor-saving apps and automation create free time that we could use to hit the beach or join a kickball league. But that isn’t what tends to happen. We’re wired, like our ancestors to conserve energy whenever possible—to be lazy when no exertion is required—an evolutionary explanation for your tendency to sit around after work. Excessive screen time lulls us ever deeper into habitual inactivity, overstimulates the nervous system and increases production of the stress hormone cortisol. In the short term, cortisol helps us react to high-pressure situations, but when chronically activated, it triggers the brain’s toxic runaway stress response, which researchers have identified as an ultimate driver of depressive illness.

At first blush, it seems as if our smartphones should keep us better connected than ever through an endless stream of texts, instant messages, voice calls and social-media interactions. But as smartphones have become ubiquitous over the past decade, the proportion of Americans who report feelings of chronic loneliness has surged to 40%, from 15% 30 years ago. The psychological burden is particularly pronounced for those who don’t balance screen time with in-person interactions. Face-to-face conversations immerse us in a continuous multichannel sensory experience—only a fraction of which can be transferred via text or video message. Communicating solely through technology robs us of the richer neurological effects of in-person interactions and their potential to alleviate feelings of loneliness and depression.

A few generations ago, people spent most of their waking hours outdoors. Direct sunlight boosts the brain’s serotonin circuitry, protects against seasonal affective disorder and triggers the eyes’ light receptors, which regulate the body’s internal clock and sleep patterns—yet we spend 93% of our time inside. Our mood suffers, and our body loses the ability to find restorative sleep. And bathing our eyes in artificial lighting—especially the blueshifted hues of flat screens—stalls the body’s nightly release of melatonin, the drowsiness-inducing hormone, until 45 minutes after we power down. The resulting sleep deprivation can both trigger and compound depression.

But perhaps the most telling evidence of technology’s effect on our well-being comes from the so-called unplugged study from 2010, in which about 1,000 students at 19 universities around the world pledged to give up all screens for 24 hours. Most students dropped out of the study in a matter of hours, and many reported symptoms of withdrawal associated with substance addiction. But those who pushed through the initial discomfort and completed the experiment discovered a surprising array of benefits: greater calm, less fragmented attention, more meaningful conversations, deeper connections with friends and a greater sense of mindfulness.

This isn’t a Luddite manifesto. Personal tech is here to stay, and a mass unplugging is about as likely as the discovery of Atlantis. Luckily for us, the same technology that’s wrecking our emotional well-being can, when smartly employed, reduce and even reverse the symptoms of depressive illness. Sometimes the problem contains the solution. 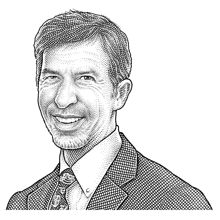 Ilardi is a professor of clinical psychology at the University of Kansas and the author of ‘The Depression Cure.’
Advertisement