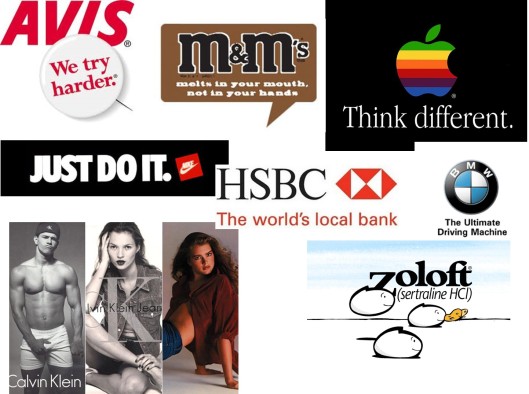 The Lures of Advertising – How Susceptible are You?

In the competitive and cluttered environment of today’s commercial marketplace, the average American is inundated with between 3000 and 5000 advertising messages per day in various forms, and yet, considers their effect inconsequential (Du Plessis, 2008; Kilbourne, 1999; Vollmer & Precourt, 2008).  Advertisers, however, understand the persuasive power their communications can have upon consumer behavior and thus attempt to make such a lasting impression that their distinct message will positively influence the purchase decision.   In the most direct and simplistic model, consumers see a commercial or print ad that creates or modifies their perceptions of the brand and, as a result, they are more likely to purchase the brand.  However, a more likely, albeit less direct, conceptualization of the process posits that consumers absorb some impression or interpretation from the ad, perhaps without conscious attention, which is then referenced, again perhaps even unconsciously, at the time of purchase decision (Du Plessis, 2008).  Thus, the advertisers must attempt to firmly differentiate their brand in the minds and hearts of consumers – consumers that possess distinct individual differences.

Advertisers spend millions of dollars every day in order to persuade their targets to want, and then to buy, their products and services by crafting persuasive messages that appeal to one’s basic needs.  While it is generally accepted that these advertising efforts influence consumer behavior, the specific mechanisms whereby this is achieved are still not fully understood.  Furthermore, previous research has proven ambiguous and laden with methodological errors (Bearden, LaForge, & Ingram, 2007; Blackwell, Miniard & Engel, 2006; Hoyer, MacInnis & Pieters, 2012; Kassarjian, 1979; Kassarjian & Sheffet, 1991).

In an age fraught with economic uncertainty, skyrocketing consumer debt, materialism, unemployment and foreclosures, a better understanding of the individual characteristics that influence consumer behavior can be considered an important factor in enhancing overall psychological health and well-being.  Moreover, understanding psychological triggers has long been an aspect of various behavior modification and counseling interventions.  Reviewing experimental inquiries over the last thirty years, Xie and  Boush (2011) concluded that “Extant research has documented that consumers can be highly susceptible to deceptive advertising claims that lead them to acquire false information, form misperceptions, and become involved in consumptive behaviours [sic] to their detriment” (p. 293).

Together, this research suggests that high susceptibility results from interactions among the content of advertising claims, situational contexts, and consumer characteristics – i.e., the individual differences in response to advertising.  It was the essence of these individual differences that encompassed the focus of various studies.  Furthermore, recognition is the most widely used test method in advertising and is based on the premise that ad effectiveness – i.e., consumer susceptibility – can be measured by memory of the consumer (Lee & Johnson, 2005; McDaniel & Gates, 1999).  As consumers, the best defense against the adverse effects of the incessant onslaught of advertising messages is to be cognizant of the messages and the ways in which one is vulnerable to them.

Du Plessis, E. (2008). The advertised mind: Ground-breaking insights into how our brains respond to a            dvertising. Sterling, VA: Millward Brown.

6 thoughts on “The Lures of Advertising – How Susceptible are You?”