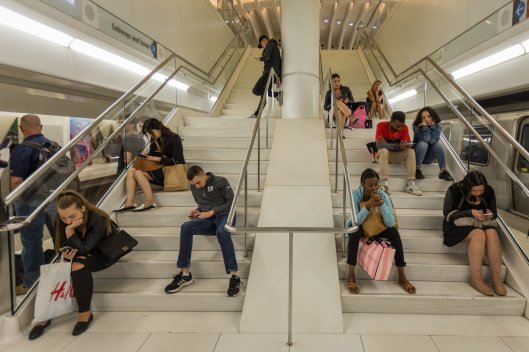 Facebook, Google and others positioned themselves as bettering the world. But their systems and tools have also been used to undermine democracy. Credit Ali Asaei for The New York Times

SAN FRANCISCO — At the start of this decade, the Arab Spring blossomed with the help of social media. That is the sort of story the tech industry loves to tell about itself: It is bringing freedom, enlightenment and a better future for all mankind.

Mark Zuckerberg, the Facebook founder, proclaimed that this was exactly why his social network existed. In a 2012 manifesto for investors, he said Facebook was a tool to create “a more honest and transparent dialogue around government.” The result, he said, would be “better solutions to some of the biggest problems of our time.”

Now tech companies are under fire for creating problems instead of solving them. At the top of the list is Russian interference in last year’s presidential election. Social media might have originally promised liberation, but it proved an even more useful tool for stoking anger. The manipulation was so efficient and so lacking in transparency that the companies themselves barely noticed it was happening.

The election is far from the only area of concern. Tech companies have accrued a tremendous amount of power and influence. Amazon determines how people shop, Google how they acquire knowledge, Facebook how they communicate. All of them are making decisions about who gets a digital megaphone and who should be unplugged from the web.

Their amount of concentrated authority resembles the divine right of kings, and is sparking a backlash that is still gathering force.

“For 10 years, the arguments in tech were about which chief executive was more like Jesus. Which one was going to run for president. Who did the best job convincing the work force to lean in,” said Scott Galloway, a professor at New York University’s Stern School of Business. “Now sentiments are shifting. The worm has turned.”

News is dripping out of Facebook, Twitter and now Google about how their ad and publishing systems were harnessed by the Russians. On Nov. 1, the Senate Intelligence Committee will hold a hearing on the matter. It is unlikely to enhance the companies’ reputations.

Under growing pressure, the companies are mounting a public relations blitz. Sheryl Sandberg, Facebook’s chief operating officer, was in Washington this week, meeting with lawmakers and making public mea culpas about how things happened during the election “that should not have happened.” Sundar Pichai, Google’s chief executive, was in Pittsburgh on Thursday talking about the “large gaps in opportunity across the U.S.” and announcing a $1 billion grant program to promote jobs.

Underlying the meet-and-greets is the reality that the internet long ago became a business, which means the companies’ first imperative is to do right by their stockholders.

Ross Baird, president of the venture capital firm Village Capital, noted that when ProPublica tried last month to buy targeted ads for “Jew haters” on Facebook, the platform did not question whether this was a bad idea — it asked the buyers how they would like to pay.

“For all the lip service that Silicon Valley has given to changing the world, its ultimate focus has been on what it can monetize,” Mr. Baird said.

Criticism of tech is nothing new, of course. In a Newsweek jeremiad in 1995 titled “Why the Web Won’t Be Nirvana,” the astronomer Clifford Stoll pointed out that “every voice can be heard cheaply and instantly” on the Usenet bulletin boards, that era’s Twitter and Facebook.

“The result?” he wrote. “Every voice is heard. The cacophony more closely resembles citizens band radio, complete with handles, harassment and anonymous threats. When most everyone shouts, few listen.”

Such complaints, repeated at regular intervals, did not stop the tech world from seizing the moment. Millions and then billions of people flocked to its services. The chief executives were regarded as sages. Disruption was the highest good.

What is different today are the warnings from the technologists themselves. “The monetization and manipulation of information is swiftly tearing us apart,” Pierre Omidyar, the founder of eBay, wrote this week.

Justin Rosenstein, a former Facebook engineer, was portrayed in a recent Guardian story as an apostate: Noting that sometimes inventors have regrets, he said he had programmed his new phone to not let him use the social network.

Mr. Rosenstein, a co-founder of Asana, an office productivity start-up, said in an email that he had banned not just Facebook but also the Safari and Chrome browsers, Gmail and other applications.

“I realized that I spend a lot of time mindlessly interacting with my phone in ways that aren’t serving me,” he wrote. “Facebook is a very powerful tool that I continue to use every day, just with more mindfulness.” 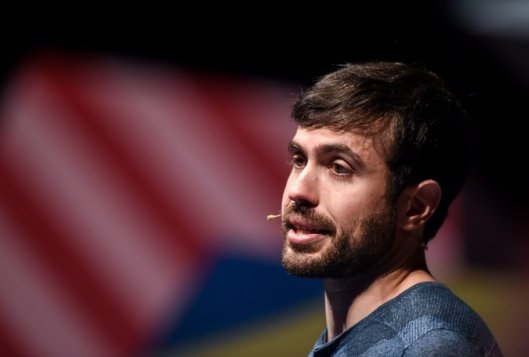 Justin Rosenstein, a former Facebook engineer, recently said he had programmed his phone to prevent him from using the social network on it. CreditStephen McCarthy/Sportsfile for Web Summit

If social media is on the defensive, Mr. Zuckerberg is particularly on the spot — a rare event in a golden career that has made him, at 33, one of the richest and most influential people on the planet.

“We have a saying: ‘Move fast and break things,’” he wrote in his 2012 manifesto. “The idea is that if you never break anything, you’re probably not moving fast enough.”

Facebook dropped that motto two years later, but critics say too much of the implicit arrogance has lingered. Mr. Galloway, whose new book, “The Four,” analyzes the power of Facebook, Amazon, Google and Apple, said the social media network was still fumbling its response.

“Zuckerberg and Facebook are violating the No. 1 rule of crisis management: Overcorrect for the problem,” he said. “Their attitude is that anything that damages their profits is impossible for them to do.”

“Facebook is an important part of many people’s lives,” he said. “That’s an enormous responsibility — and one that we take incredibly seriously.”

Some social media entrepreneurs acknowledge that they are confronting issues they never imagined as employees of start-ups struggling to survive.

“There wasn’t time to think through the repercussions of everything we did,” Biz Stone, a Twitter co-founder, said in an interview shortly before he rejoined the service last spring.

He maintained that Twitter was getting an unfair rap: “For every bad thing, there are a thousand good things.” He acknowledged, however, that sometimes “it gets a little messy.”

Despite the swell of criticism, the vast majority of investors, consumers and regulators seem not to have changed their behavior. People still eagerly await the new iPhone. Facebook has more than two billion users. President Trump likes to criticize Amazon on Twitter, but his administration ignored pleas for a rigorous examination of Amazon’s purchase of Whole Foods.

In Europe, however, the ground is already shifting. Google’s share of the search engine market there is 92 percent, according to StatCounter. But that did not stop the European Union from fining it $2.7 billion in June for putting its products above those of its rivals.

A new German law that fines social networks huge sums for not taking down hate speech went into effect this month. On Tuesday, a spokesman for Prime Minister Theresa May of Britain said the government was looking“carefully at the roles, responsibility and legal status” of Google and Facebook, with an eye to regulating them as news publishers rather than platforms.

“This war, like so many wars, is going to start in Europe,” said Mr. Galloway, the New York University professor.

For some tech companies, the new power is a heavy weight. Cloudflare, which provides many sites with essential protection from hacking, made its first editorial decision in August: It lifted its protection from The Daily Stormer, basically expunging the neo-Nazi site from the visible web.

“Increasingly tech companies are going to be put into the position of making these sorts of judgments,” said Matthew Prince, Cloudflare’s chief executive.

The picture is likely to get even more complicated. Mr. Prince foresees several possible dystopian futures. One is where every search engine has a political point of view, and users gravitate toward the one they feel most comfortable with. That would further balkanize the internet.

Another possibility is the opposite extreme: Under the pressure of regulation, all hate speech — and eventually all dissent — is filtered out.

“People are realizing that technology isn’t neutral,” Mr. Prince said. “I used to travel to Europe to hear these fears. Now I just have to go to Sacramento.”